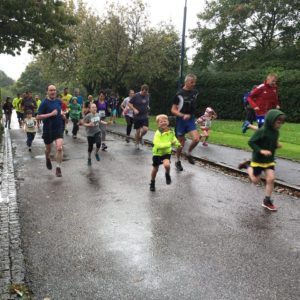 Rather than choose a photo of who looks the soggiest, this week’s ‘Pic of the Week’ is a photo of the start with a lot of the hardy members of BPRC turning out in the ‘monsoon’ like downpour that was last Saturday. Although some were running later at the Ipstones 5 events; thirty-six runners decided that maintaining their fitness was more important. To top it all off, there were five PBs and some even choosing to up their distance, showing plenty of determination. Well done to all. BPRC.